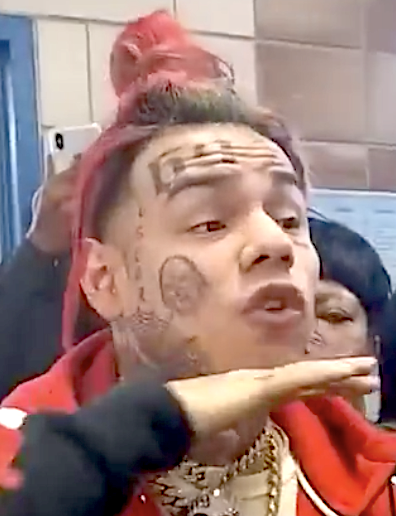 6ix9ine, also known as Tekashi69 and born Daniel Hernandez, is an American rapper.

In 2015, he pleaded guilty the crime of use of a child in a sexual performance and was sentenced to two years in prison. He admitted to recording a sexual encounter with a 13-year-old, and distributing the video on Instagram.

In 2019, the rapper’s ex-girlfriend testified about an incident in which he was “beating me for two hours straight,” and then sexually assaulted her the next morning, saying “He woke up, forced me to have sex with him.”