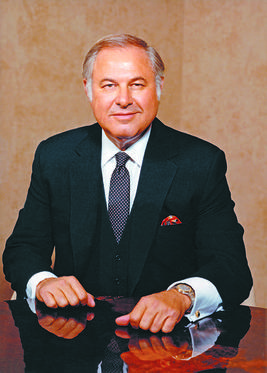 Alfred Taubman was a billionaire businessman and developer best known for his work developing shopping malls. He also purchased the auction house Sotheby’s in the early 1980s, and was imprisoned for antitrust violations in 2002.

In 2012, Taubman was sued and accused of sexual harassment by a former flight attendant on his private plane. She alleged that over a period of years he kissed her, groped her genitals, and asked inappropriate sexual questions. She also alleged that he pushed her onto a bed on the place and attempted to perform oral sex.

Two weeks after the suit was filed, the woman dropped it without any public explanation.