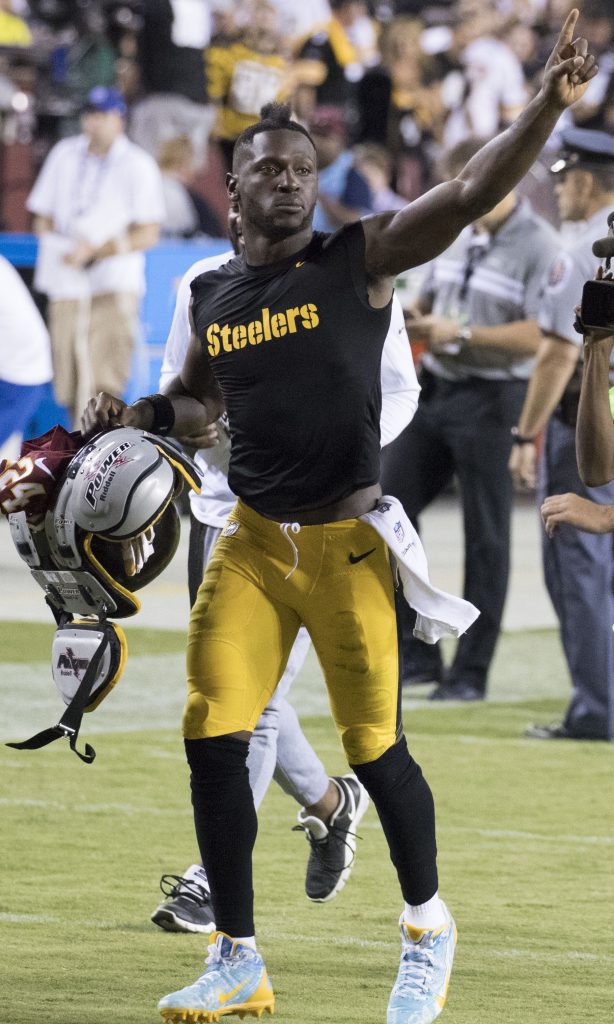 Antonio Brown is a professional football player. He earned All-American honors as a punt returner at Central Michigan University. He played professionally in the NFL for the Pittsburgh Steelers.  He also played briefly for the Oakland Raiders and New England Patriots.

In September 2019, Brown was accused of sexual assault.