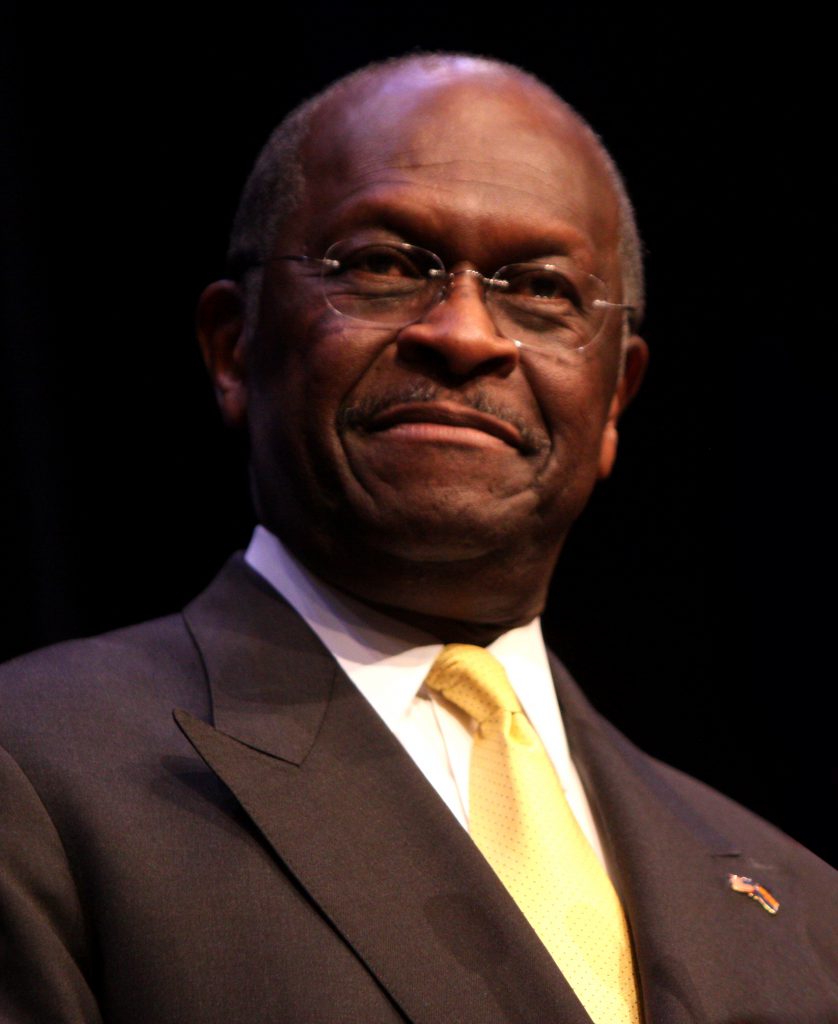 Herman Cain speaking at a fundraiser in Phoenix, Arizona on October 17, 2011. (link) by Gage Skidmore is licensed CC BY-SA 3.0 (link)

Herman Cain is a a businessman, radio host and former candidate for president of the United States.

Cain has been accused of sexual harassment by three women.

He has also been accused of sexual assault.  The alleged assault victim claimed that in 1997, when she spoke with Cain about getting a job, he groped her, grabbed her head, pulled it towards his crotch, and told her, “you want a job, right?”