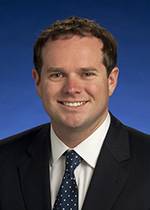 In January 2016, Durham was accused of sexual harassment by three women who worked in the Tennessee legislature. The women alleged that Durham sent them messages via text and Facebook, soliciting photos and inviting them for drinks late at night.  The women preferred to remain anonymous because they feared retribution.

In response to the allegations, Durham resigned as House Majority Whip but stayed in office.  In April 2016 he announced that he was running for re-election.  The Tennessee legislature then investigated his conduct and found 22 women who accused him of behavior that made them uncomfortable, although it is not clear that it necessarily constituted sexual harassment.

In September 2016, the Tennessee House of Representatives voted to expel Durham from office.

Rape of a teenage girl