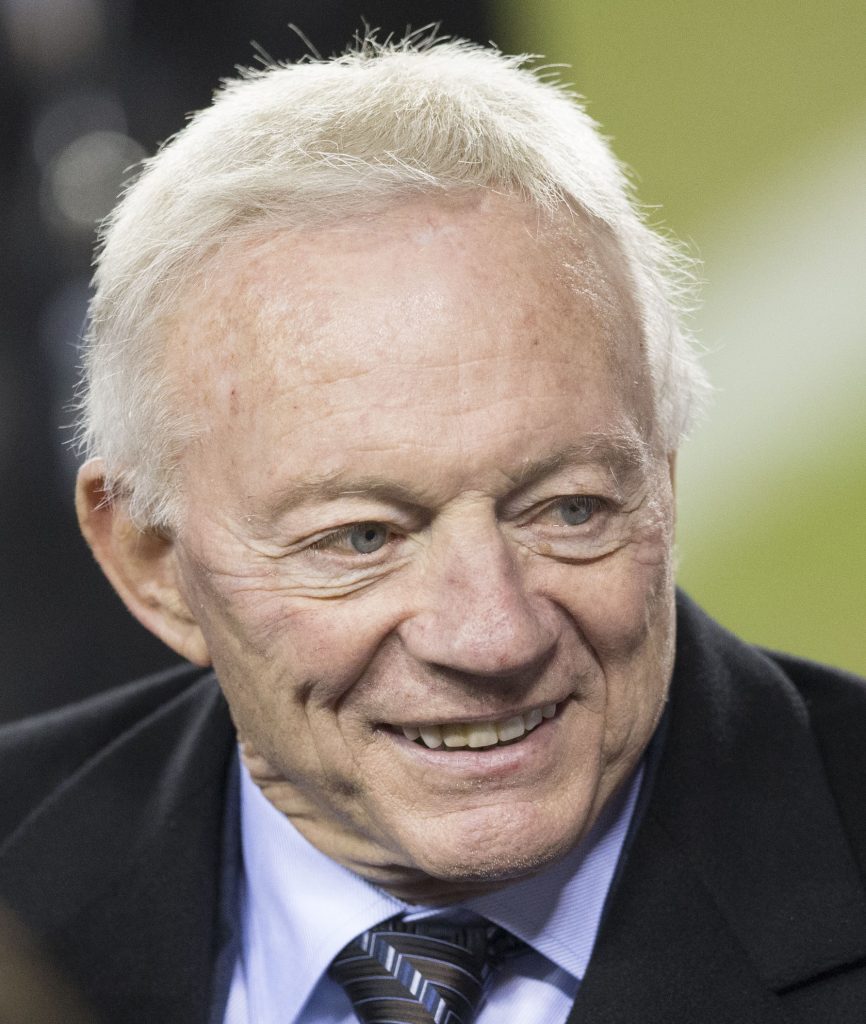 Jerry Jones is the owner of the Dallas Cowboys, an American football team in the National Football League (NFL).

In 2014, a woman filed a lawsuit against Jones, alleging that he sexually assaulted her in a Dallas-area hotel.  The suit alleged that Jones forced her touch his penis and made her watch as another woman performed oral sex on him.  Jones denied the accusations and called the lawsuit a “shakedown.”

The lawsuit was dismissed in mediation.