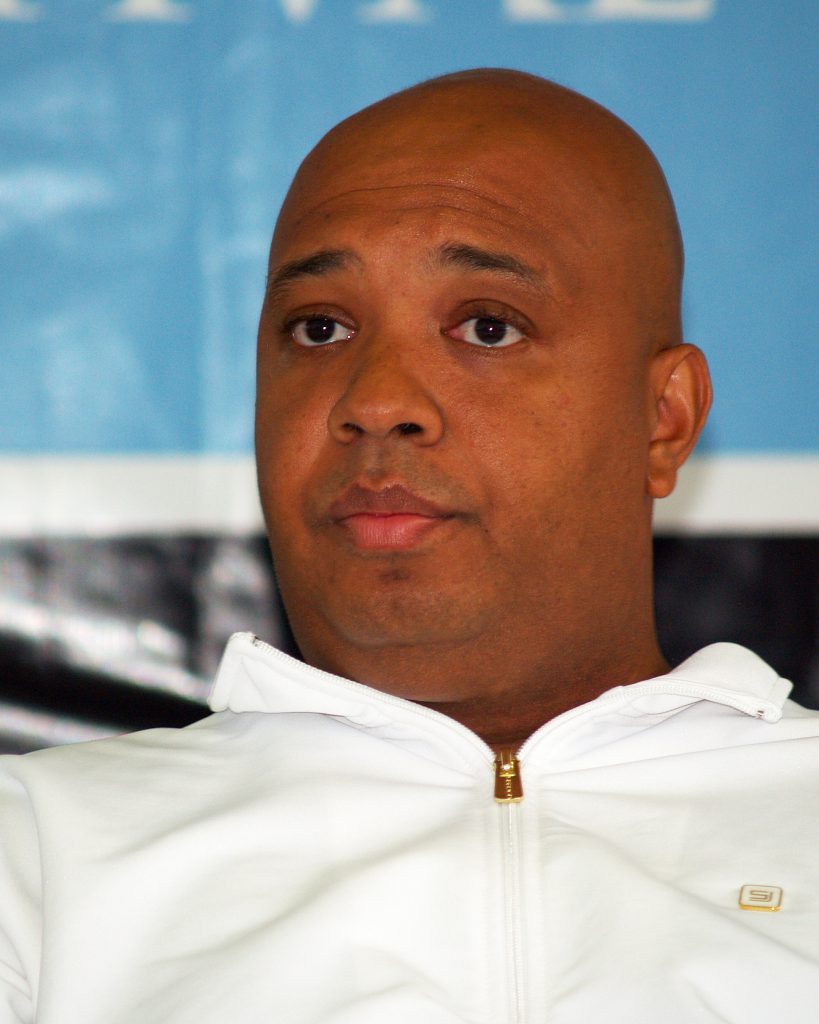 Joseph Simmons of Run DMC at the 2007 Brooklyn Book Festival. (link) by David Shankbone is licensed CC BY 3.0 (link)

Joseph Simmons, known as “Run” in the musical group Run-DMC, was accused by a Cleveland woman of rape in 1991. The charges were dismissed after the women was not able to provide evidence of the assault. Simmon’s defense attorney claimed that “a Bowling Green, Ky., police officer had come forward to say the woman had made false claims of rape in the past.”

Joseph Simmons is the brother of Russell Simmons.