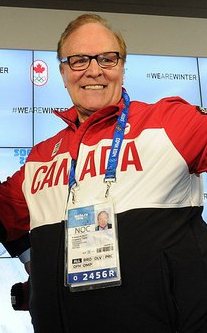 Cropped version of source file, for use in infobox on Marcel Aubut's Wikipedia page. (link) by The Presidential Press and Information Office is licensed CC BY 3.0 (link)

In 2015, Aubut was accused of sexual harassment by three different women. One woman alleged that he forcibly kissed and made inappropriate sexual comments. Another accused him of unwanted sexual touching.

Sexual harassment, solicitation of child pornography, sex with minors, exposing himself without permission