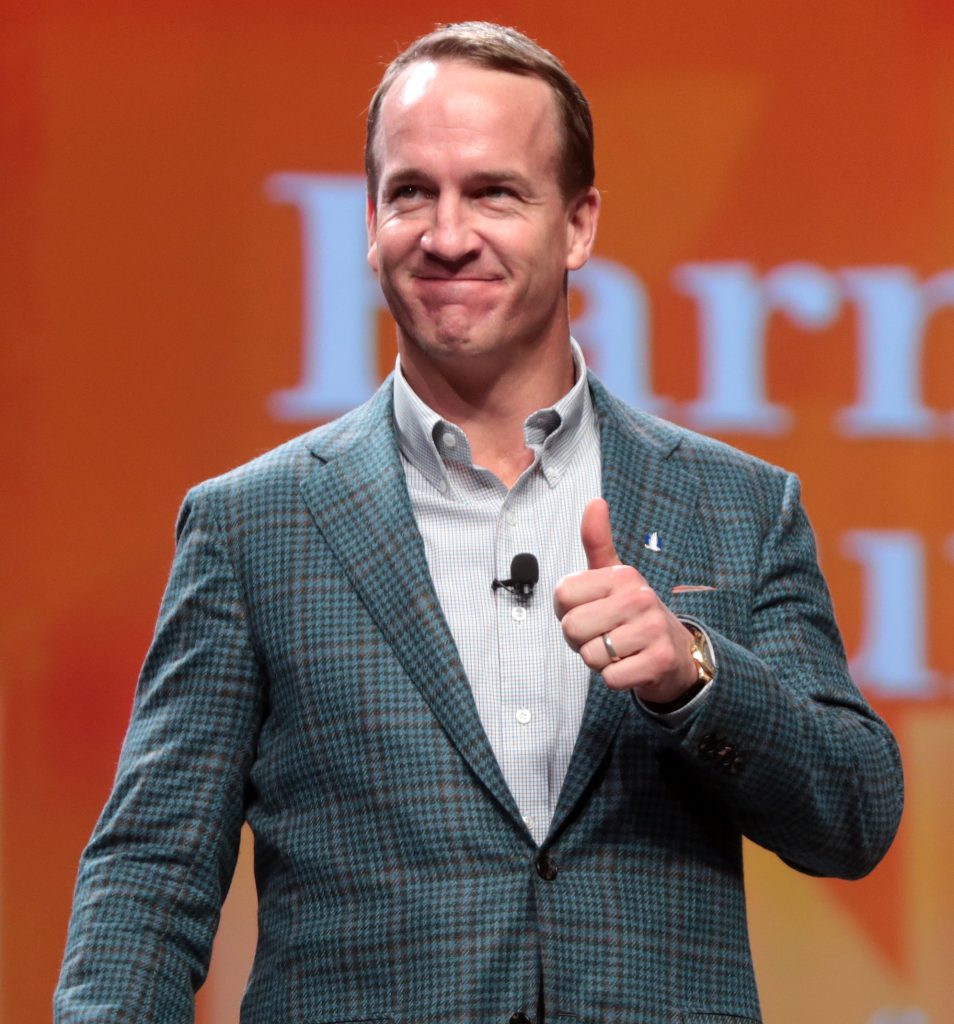 Payton Manning was an American football player, best known for his time as a quarterback for the Indianapolis Colts.

In 1996, while a student at the University of Tennessee, Manning was accused of sexual harassment by a trainer. She alleged that Manning “forcefully maneuvered his naked testicles and rectum directly” in her face.  Manning denied this and said that he was attempting to “moon” another player.