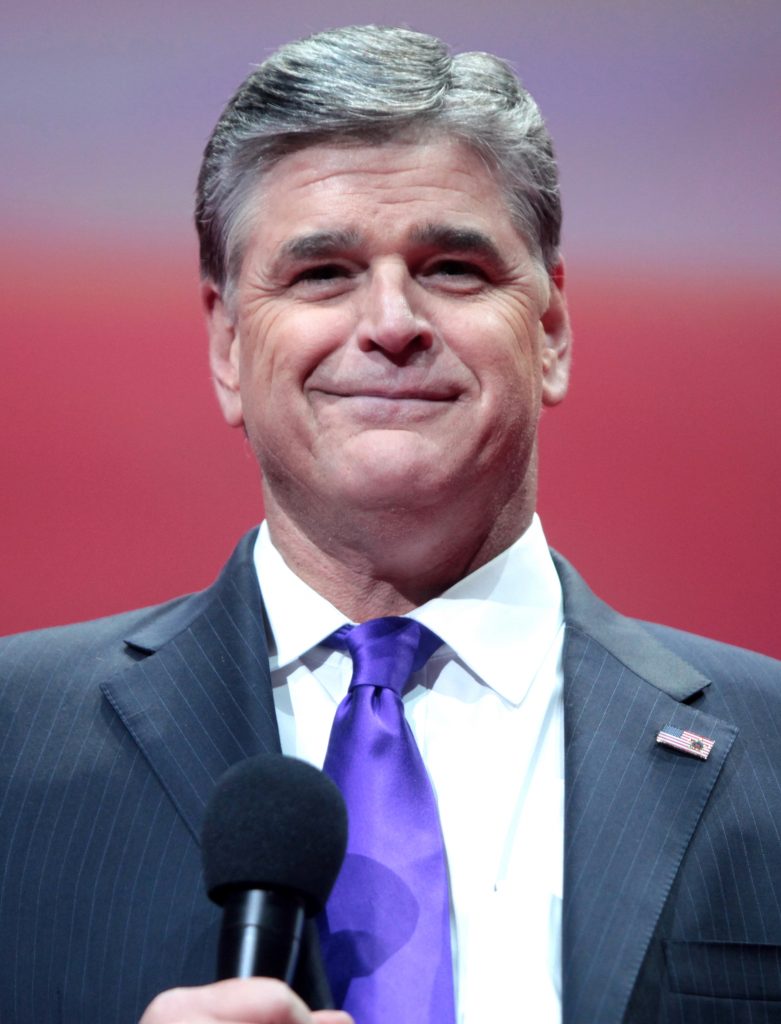 Sean Hannity is a conservative talk show host and author.  He’s the author of the books Let Freedom Ring: Winning the War of Liberty over Liberalism, Deliver Us from Evil: Defeating Terrorism, Despotism, and Liberalism, and  Conservative Victory: Defeating Obama’s Radical Agenda.

In April 2017, a former guest on Hannity’s show alleged that he sexually propositioned her and, when she refused, banned her from appearing on his show.