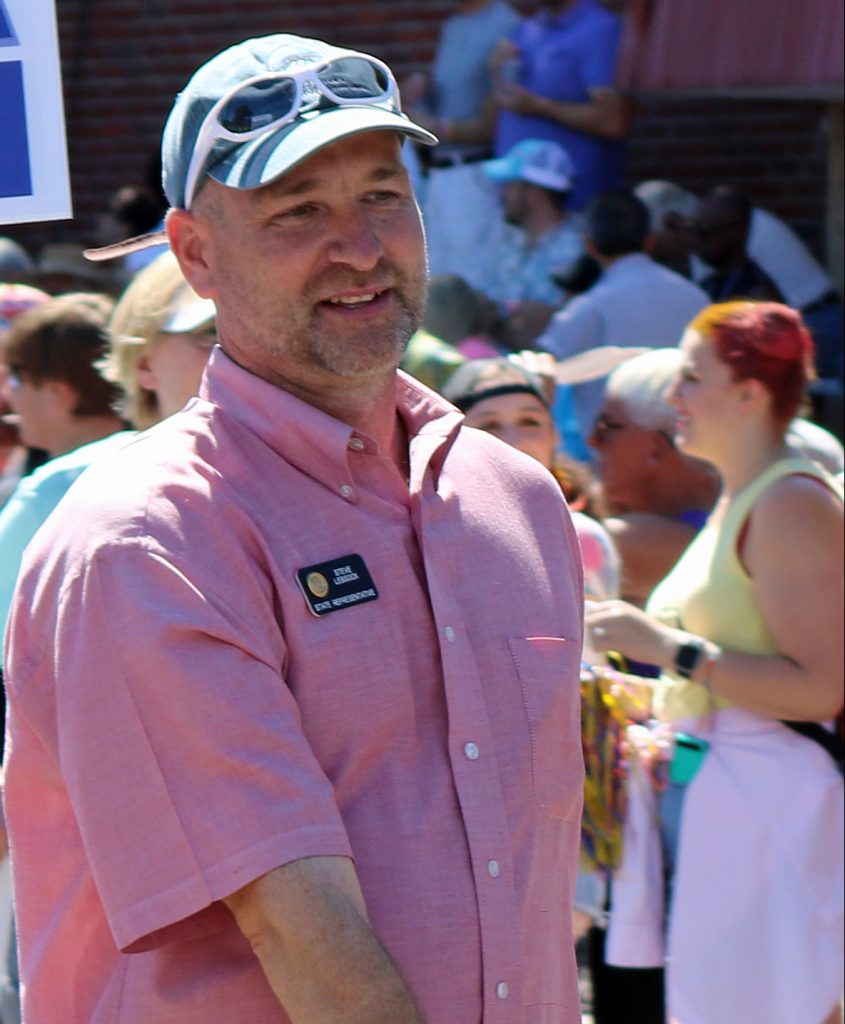 Steve Lebsock, a politician from Thornton, Colorado. (link) by Jeffrey Beall is licensed CC BY 4.0 (link)

Steve Lebsock is a member of the Colorado House of Representatives.

In November 2017, a fellow member of the Colorado House alleged that Lebsock sexually harassed her at a party in 2016, aggressively trying to remove her from the party and to get her to leave with him and describing sex acts.