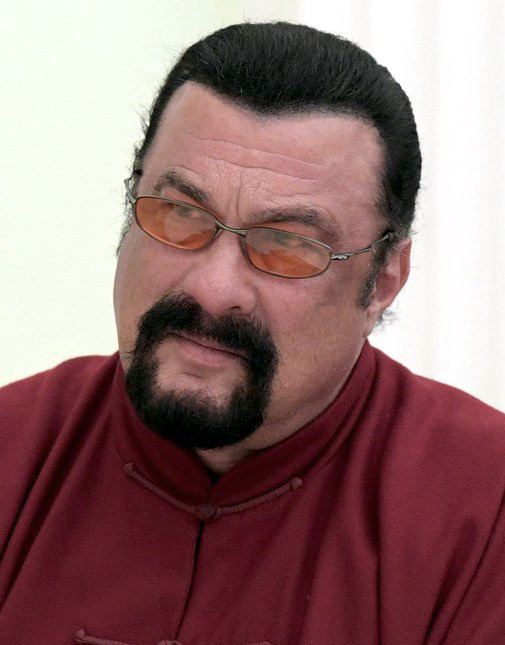 Steven Seagal November 2016 (link) by Press Service of the President of Russia is licensed CC BY 4.0 (link)

Steven Seagal is a actor known for action movies like Hard to Kill, Out for Justice and Under Siege.

In 2010, a former employee of Seagal alleged that he sexually assaulted her.