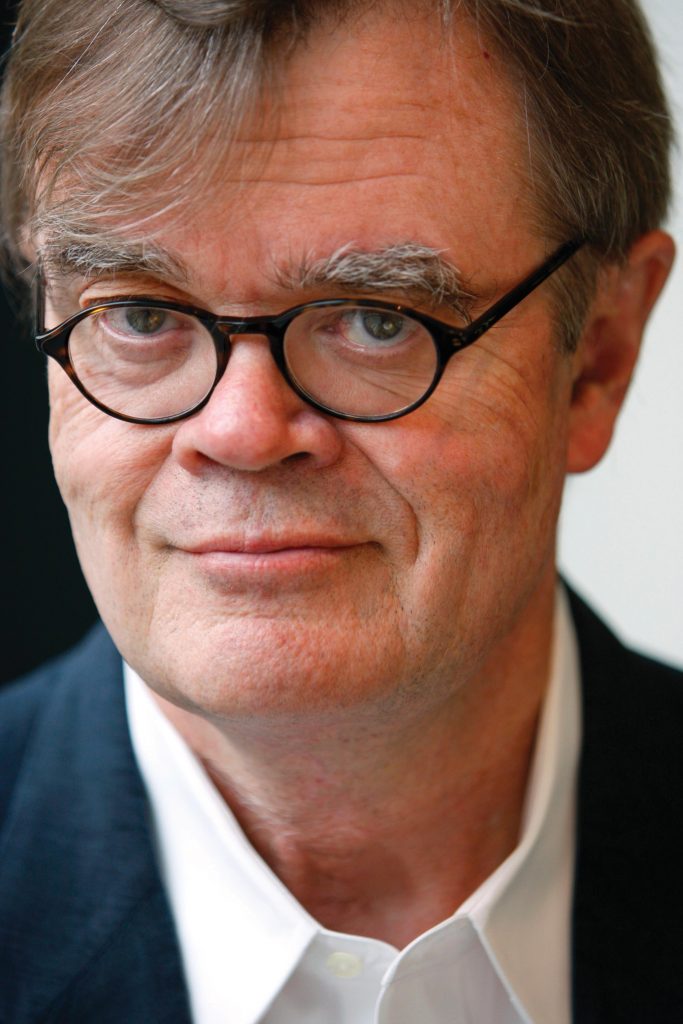 Garrison Keillor is a humorist and radio personality best known as the host of the long-running public radio program A Prairie Home Companion. He is also the author of several popular books, including Lake Wobegon Days, Leaving Home, We Are Still Married, WLT: A Radio Romance, and Pontoon: A Novel of Lake Wobegon.

In 2017, Keillor was accused of sexual harassment by a woman who worked with him on A Prairie Home Companion.  The allegations included “requests for sexual contact and explicit descriptions of sexual communications and touching.” Minnesota Public Radio said that in their investigation, they uncovered “dozens” of instances of inappropriate behavior by Keillor.

An investigation by Minnesota Public Radio News (but unrelated the corporate investigation) also uncovered other allegations, including:

2001: While Keillor was a writing teacher at the University of Minnesota, one of his students alleged that he shared his “intense attraction” to her when she inquired about becoming an intern on A Prairie Home Companion.

2012: Keillor allegedly wrote a sexual limerick about an employee on the wall of his “Common Goods” bookstore.

Keillor was also accused of having romantic relationships with subordinates and punishing or rewarding them based upon the state of the relationship rather than their job performance.