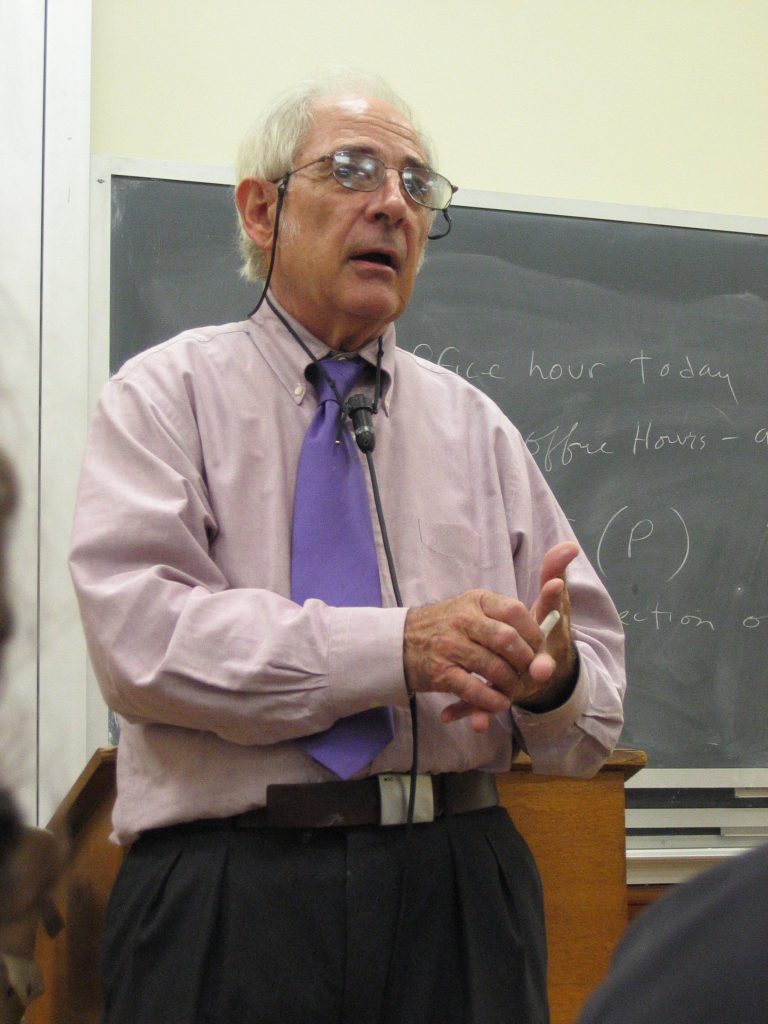 Photograph of John Searle at the Faculty of Christ Church, Oxford (link) by Matthew Breindeluploader Matro at en.wikipedia is licensed CC-BY-SA-3.0 (link)

John Searle is a well-known philosopher and a professor at UC Berkeley.

In 2017, a former student sued Searle and the University of California.  The woman alleged that Searle propositioned her, groped her, and watched pornography at work.  She also alleged that Searle cut her pay and finally fired her after she rejected his sexual advances.