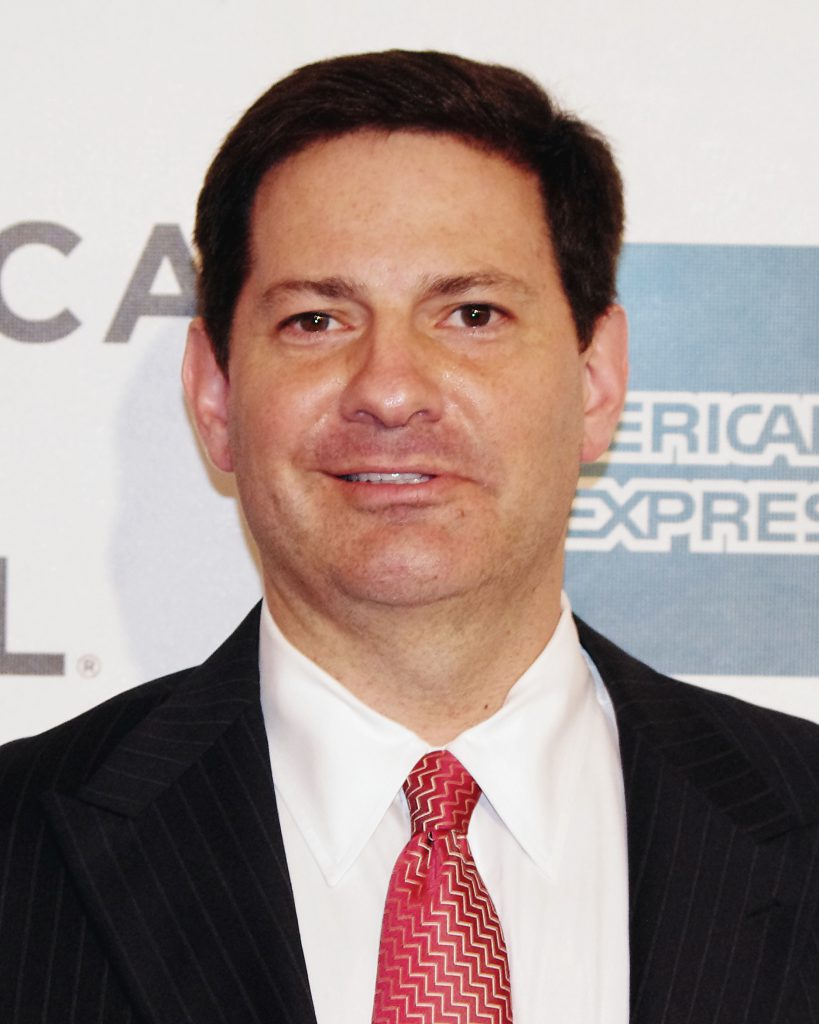 Mark Halperin at the 2012 Tribeca Film Festival premiere of Knife Fight. (link) by David Shankbone is licensed CC BY 3.0 (link)

Mark Halperin is a journalist, most recently known as a senior political analyst for MSNBC.  In the past he has worked for ABC News and Time magazine.  He is the author of several books, including Game Change: Obama and the Clintons, McCain and Palin, and the Race of a Lifetime, which covered the 2008 presidential election.

In October 2017, CNN reported on several sexual harassment allegations against Halperin. They included:

1995: A 19-year-old intern alleged that Halperin insisted they share a small space in a museum, after which he had an obvious erection.

Late 1990s: A recent college graduate alleged that she met with Halperin at a restaurant for career advice, when he forcefully attempted to kiss her.  After she rebuffed him and left, he called her and told her that she would never work in the politics or media industries.

Early 2000s: An ABC employee alleged that she came to visit Halperin in his office and he “just kissed me and grabbed my boobs.”   She says that she managed to escape his office and told a fiend who worked at ABC what happened.

2004: An ABC employee alleged that while she was discussing assignments related to the presidential campaign coverage, Halperin “came up behind me and [while he was clothed] he pressed his body on mine, his penis, on my shoulder.”  The accuser also said that Halperin continued to pressure her for sex throughout the campaign.

2006: An ABC desk assistant alleged that Halperin aggressively kissed her even after she made it clear she was not interested.

2000s: An ABC employee alleged that Halperin asked her to go into the bathroom with her to have a sexual encounter.

2000s: A junior ABC employee alleged that Halperin invited her to his hotel room, which she understood to be a sexual proposition.