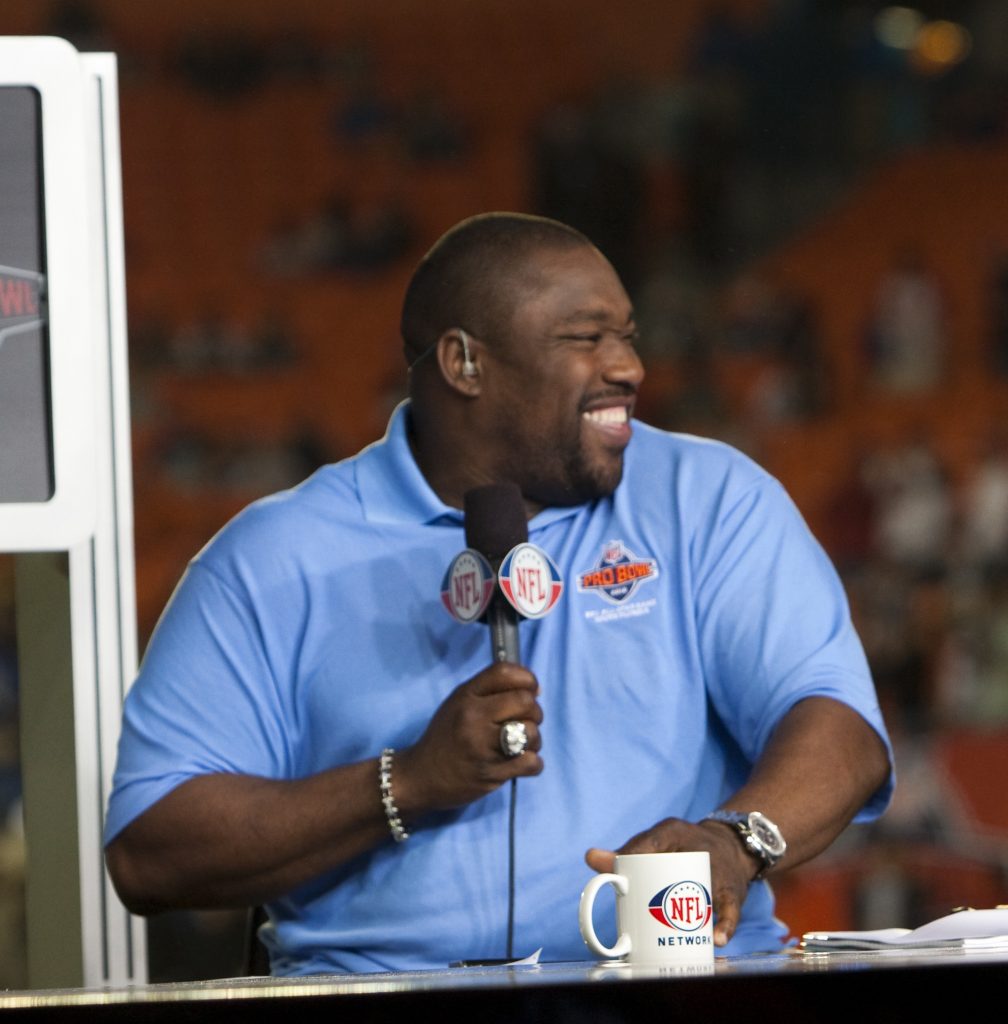 Warren Sapp on NFL Network at the Pro Bowl 2010 (link) by Anthony Quintano is licensed CC BY 2.0 (link)

Warren Sapp is a former American football player and analyst for the NFL Network.  During his professional football career he played for the Tampa Bay Buccaneers and the Oakland Raiders.

In December 2017, Sapp was accused of sexual harassment by a women he worked with at the NFL Network. She alleged that he gave sex toys as Christmas gifts, urinated in front of her, showed her nude photos of women that he was intimate with, and otherwise openly discussed his sex life.